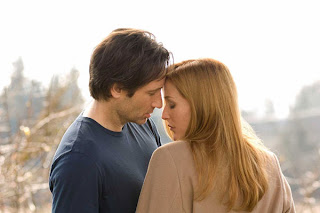 El día de hoy una recopilación de las críticas que ha recibido la película "Boogie Woogie", en la participa Gillian Anderson, la mayoria de las cuales no son muy favorables para el filme.
----------------------------------------------------------------
It's too bad the same can't be said for Boogie Woogie (**), a shrill satire on the London art scene, which, despite listing Damien Hirst as a consultant in the credits, never feels particularly credible as an insider's view of this world. An ongoing autobiographical video installation by an up-and-coming artist and the relentless efforts of a dealer to acquire the Mondrian painting that supplies the film with its title are the narrative through-lines around which myriad characters congregate.
What should be an Altman-esque immersion into this scene is marred by one-note characterisation, unconvincing performances from its scene-chewing name cast (Danny Huston, Gillian Anderson and Stellan Skarsgard are particularly bad) and some fairly listless direction, all of which makes its token effort to examine the way art has become an investment rather than something to be cherished over the years seem even shallower.
http://news.scotsman.com/entertainment/ ... 5399198.jp

----------------------------------------------------------------
Boogie Woogie is a plucky attempt to craft the kind of all-star, multi-story mosaic that came so naturally to the late Robert Altman. The art world is fertile ground for any budding satirist but the subject matter already feels stale and whilst it raises the odd smile, Boogie Woogie never hits the mark as a trenchant morality tale. The stellar cast might prove an attraction for an older demographic but it is difficult to discern a theatrical audience for Duncan Ward’s debut feature.
It is easy enough to snigger at these shallow lives and grasping individuals but the film struggles when it requires them to be taken seriously.
Danny Moynihan’s novel Boogie Woogie offered scathing vignettes of the 1990s New York art scene and the author has shifted the setting to London for his own screen adaptation.
The focus here is on the friendly rivalry between rapacious art dealer Art Spindle (Danny Huston) and prolific collector Bob Maccelstone (Stellan Skarsgard). The competition intensifies over the purchase of a Mondrian Boogie Woogie painting owned by the elderly, impoverished Alfred Rhinegold (Christopher Lee). Rhinegold stubbornly refuses to sell but his wife Alfreda (Joanna Lumley) might be more amenable, especially when the offers start to nudge the £20 million mark.
The fate of the Mondrian painting threads through a loose narrative which stretches to include the amorous antics of Macclestone’s restless wife Jean (Gillian Anderson), Spindle protege Beth (Heather Graham) and her decision to establish her own gallery, punky lesbian artist Elaine (Jaime Winstone) and the various betrayals, deceptions and background scheming that swirls around them.
Boogie Woogie takes some easy potshots at people who know the price of everything and the value of nothing. Christopher Lee’s Rhinegold is the film’s last apostle of decency, clinging to the Mondrian because he bought it directly from the artist and it is has a significance that transcends filthy lucre. Everyone else is simply out for what they can get, whether that is money, sex or fame. Spindle’s office is dominated by a sign saying Trust Me, underlining the obvious irony that flavours the film.
It is easy enough to snigger at these shallow lives and grasping individuals but the film struggles when it requires them to be taken seriously. The sketchy nature of the storyline results in predictable mini-dramas with little depth or substance, such as the Tracey Emin-like Elaine using footage of her sexual conquests in a video installation, or Bob and Jean’s marriage ending in a squabble over paintings, property and poodles rather than emotional issues. These are shallow individuals whose collective lives never coalesce into a gripping narrative.
The performances of the ensemble cast vary from the exaggerated to the personable with Stellan Skarsgard’s wry, rueful Bob one of the most naturalistic and engaging in the ensemble. Danny Huston’s Art has a touch of the pantomime villain to him as the actor employs a repertoire of insincere smiles and staccato cackles to suggest the empty bonhomie of a relentless opportunist.
http://www.screendaily.com/boogie-woogie/5002771.article?referrer=RSS

--------------------------------------------------------------
Boogie WoogieBoogie Woogie is a multi-narrative British film based around the London art scene, full of collectors, artists and various hangers-on. Art Spindle (a devilish Danny Huston, turning his character's snickering into a running joke), a dishonourable art dealer, is trying to get his hands on a Piet Mondrian painting - the Boogie Woogie of the title - but is challenged by rival Bob Maccelstone (Stellan Skarsgård), and both face the difficulty of actually convincing long-term owner Alfred Rhinegold (Christopher Lee) to give up the painting.
Meanwhile, Dewey (Alan Cumming) is finding out the hard way that nice guys finish last, Rhinegold's wife Alfreda (Joanna Lumley) and butler Robert (Simon McBurney) are secretly trying to up the value of the Mondrian, and everyone professionally involved with Maccelstone and Rhinegold are sleeping with each other like Twin Peaks' pilot.
Despite the presence of Damien Hirst as a consultant and a cameo from Gaetano Jouen, Duncan Ward's film doesn't offer any real insight to what the post-YBA art scene is, which is a shot in the foot for a satire. Danny Moynihan, adapting from his own novel, decides to simply drop artists' names into characters' conversations while teaching us that people are ruthless in the search for success. Well, duh. To illustrate this, director Duncan Ward falls into a dull visual style, allowing his film to look like an ITV movie and showing a clumsy hand in keeping a consistent tone throughout.
It's a shame, because the art world could do with being knocked down a few notches in a smart, vibrant manner. However, it seems that everyone involved with Boogie Woogie is confused as to what film they're actually making. Ward is unsure whether to make his satire a biting drama or a cruel comedy; instead of writing an appropriate score, Janusz Podrazik hits the 'light jazz' demo on his Casio; editor Kant Pan cuts haphazardly in the middle of scenes, killing any natural flow; Alan Cumming is performing in some obscure theatre production about a man losing his mind; Jaime Winstone is in a Nuts wet dream, snogging Gemma Atkinson and Heather Graham; Amanda Seyfried is attempting to find pathos in the most gratuitous up-skirt shots; Danny Houston is in a far better film.
http://www.denofgeek.com/movies/275884/ ... views.html

This sardonic adaptation of Danny Moynihan's 2000 novel does for the art world what Robert Altman's caustic satire The Player did for Hollywood. Reworking his own book, Moynihan and director Duncan Ward, who has made a number of art-themed documentaries and who is married to a well-known curator, have made a fine job of relocating the action from New York to contemporary London.
In this post-YBA landscape, we meet a slew of shallow, self- centred, greedy and morally bankrupt individuals, all of whom shaft one another both figuratively and literally. Among them are Danny Huston's dealer and Heather Graham's disloyal PA, who are intent on purchasing one of Mondrian's Boogie Woogie paintings from Christopher Lee's elderly owner and conniving wife Joanna Lumley, Stellan Skarsgård's philandering collector and Gillian Anderson's equally adulterous trophy wife, and Jaime Winstone's up-and-coming video artist and the agent she unceremoniously dumps. That last is played by Alan Cumming, and it's telling that his character, along with Lee's art lover - the only half decent people in the film - end up sharing the same fate.
The ensemble cast have a blast playing a collection of utter swines, and although this is far too dark a portrait to be a laugh-out-loud comedy, it's nevertheless a deliciously nasty experience.
http://www.theherald.co.uk/features/features/display.var.2516515.0.Dodgy_dealings_in_the_art_world.php 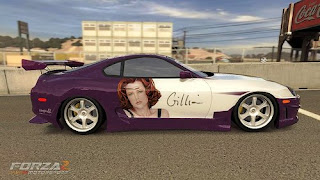 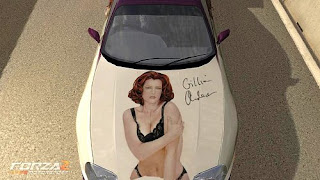 Believe In The Future

Believe In The Future 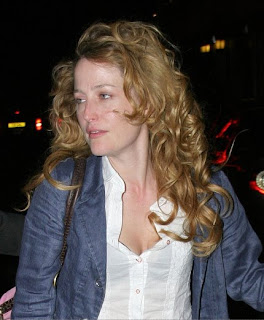 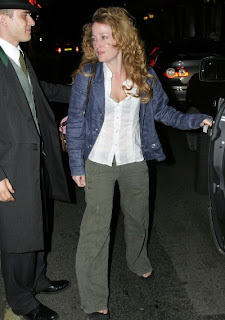 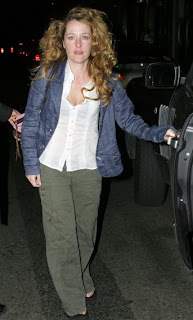 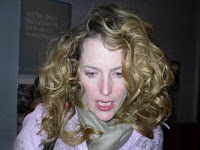 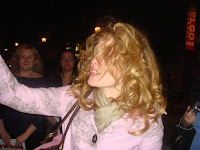 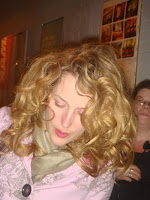 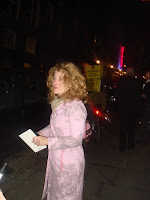 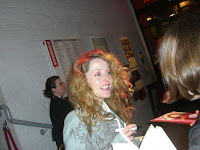 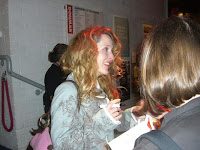 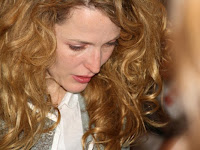 
Boogie Woogie is a comedy of manners, its cast of characters devouring each other in a small world awash with big money. Set against the backdrop of contemporary London and the international art scene, it casts an eye over the appetites and morality of some of its major players. Dealers, collectors, artists, wannabees vie with each other in a world in which success and downfall rest on a thin edge. 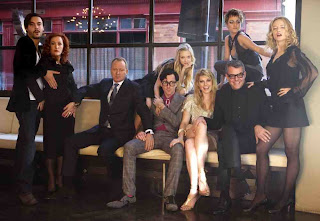 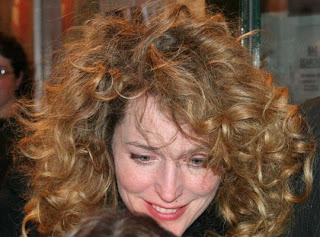 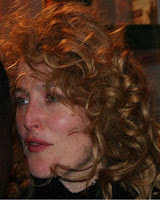 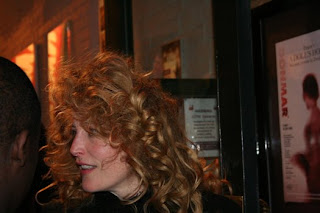 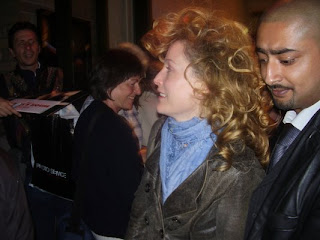 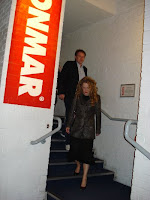 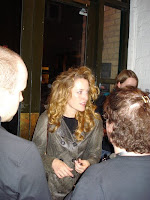 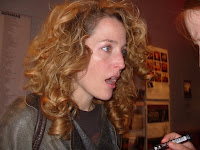 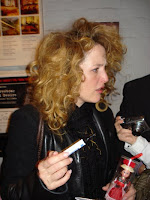 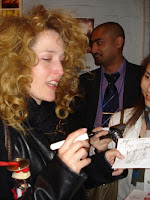 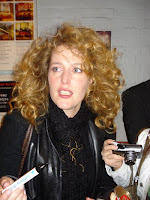 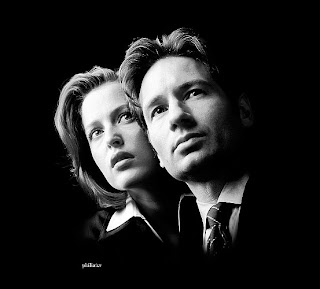 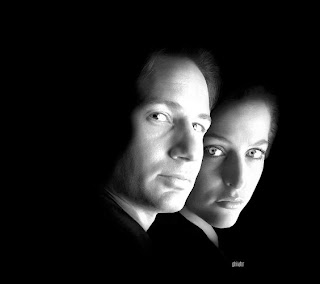 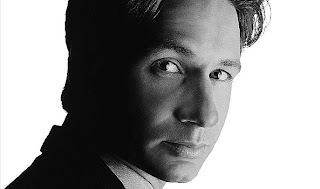